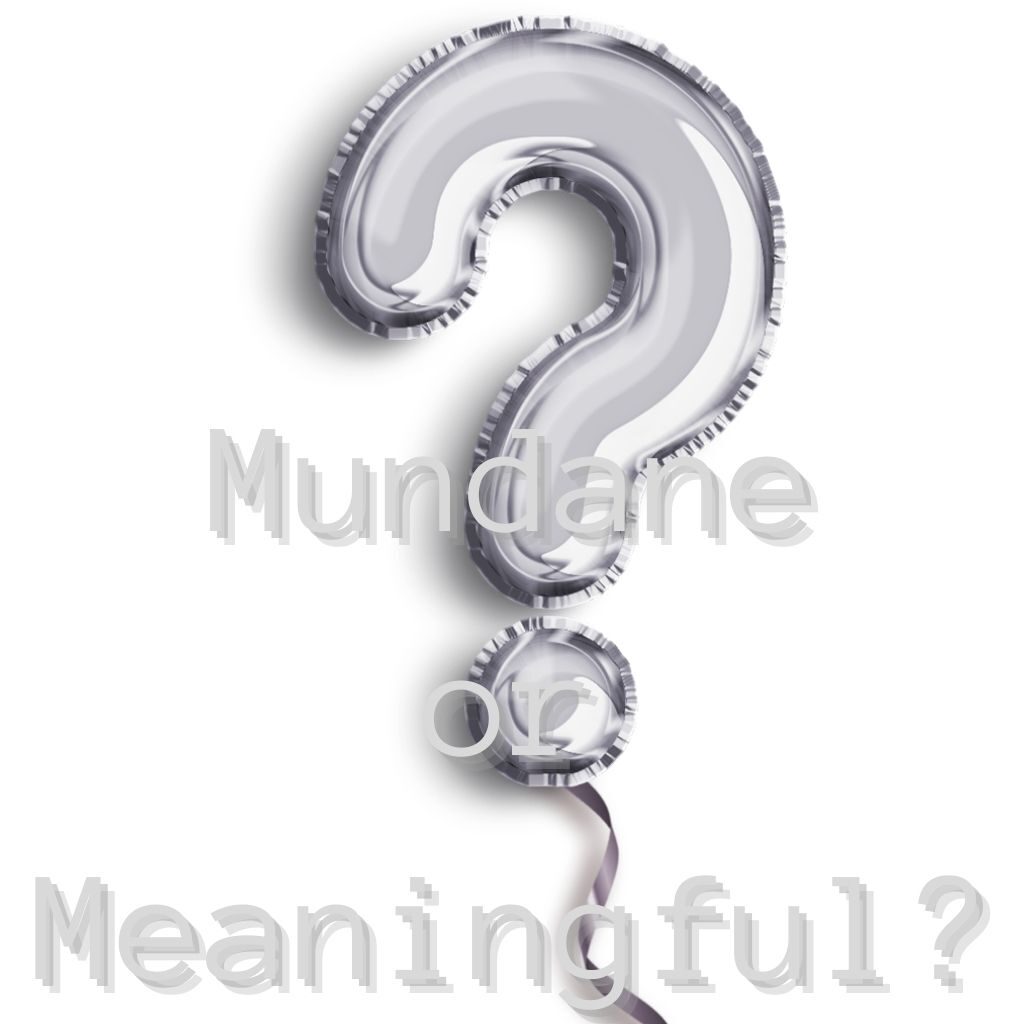 Today, I had several significant though minor events that were metaphysically meaningful.

I was at the mobile phone store getting a new device.  Before I got the new device, two guys called me.  First one was Philippe.  He was going to go to Canadian Tire to buy the lightbulb for Car Car’s right eye and wanted to coordinate with me on some details.  And the reason he called me was because I sent him a text message.  The content of the message was a dot (“.”).  I accidentally sent that while I was trying to show the store manager Umar evidence that I was paying a different monthly price.

The second caller was the guy upstairs.  I didn’t pick up his call.  Last night, he called saying that he was bored, and wanted to come over.  I asked when.  He said, “Right now, after I finished smoking.”  I said okay.  Thirty-five minutes later, I shut down my phone and headed to bed.  This morning I turned on my phone and received messages from him that were sent 1 hour 49 minutes after he said “right now.”  I didn’t reply his messages.  Nor did I check his voice mail.  I didn’t intentionally ignore his call today, but I was in the middle of dealing with Umar who did not explain things very clearly to me.

After I got my new device, I asked Umar to set it up for me.

Then I realized that my contacts were still on my old device and I asked Umar what to do.  He didn’t help me transfer my contacts.  At that point he was trying to shoo me away because there were customers behind me.  So I left the store.

On my way home, I received a call.  Without my contact list, I basically had no caller ID. I answered it, thinking that it might be Philippe who said he would come over right away to get things done for me.  However, upon hitting the Answer button, I realized that this was the number for the guy upstairs.  But it was too late.  I already answered the phone, so I might as well talk to him.

First thing he asked was, “Why didn’t you answer my call just now?”

“I just entered the building.”

Then he asked if he could come over.  This time, he didn’t say he was bored.  Instead, he said he could come over to help me with whatever I needed help on.  Previously he had said that he could help me with chores or whatever I needed help on, but I never let him do anything.  I asked, “When?”  He gave me his classic response:  right now.  I wasn’t sure if right now would really mean right now, but assuming that I was talking to a normal human being, my option would be to decline his offer, because I was expecting Philippe to come over soon.  He said, “Okay, anytime when you need help or if you need anything, just let me know.”

Shortly after I hung up, I got ready to take a shower, but my new device rang again.  Again, no caller ID.  I generally don’t answer calls from random numbers.  But this time I did.  It was Philippe.  He had already bought the lightbulb and was now heading toward my place.  He even gave me an ETA, and I knew his exact location, so I knew how long it would take him to arrive, and I would not have time to take a shower, so I waited for him.

He arrived faster than I thought.  I was relieved that I still have people in my life who understood what “right now” meant.

After Philippe replaced the lightbulb, he drove out of my underground parkade.  I manually opened the garage door, because my remote opener was in Car Car.  After the door was opened, I went to the other side of the door to wait for his car to come through.  When I got back into his car, he did not drive away immediately.  Instead, he stopped there, and tried to figure out how to shift to all wheel drive.  I didn’t understand why he had to do it right then and there, because there was another car behind him that was trying to get out of the parkade.  But rather than telling him to move, I just let him do his thing. In the mean time, I checked my phone.  Then I realized, my new device was missing.  I opened the door, and saw it lying on the ground!

I picked it up.  No scratch.  Thank goodness.

And thank goodness he didn’t drive away immediately, because if he did, his tires might go over my phone.  Even if it didn’t, the next car might. My new device could have been dead within the hour of leaving the mobile store.

I questioned what that event meant metaphysically.  That the universe was training me to listen?  Or that Philippe was here to help me, in my life?

Secondly, the fact that these two guys who typically wouldn’t phone me suddenly phoned me several times in such short time span, before and after I got the new device, nevermind the divine timing between them, was yet another significant event.  It’s a bit like the changing of the guards.  Exiting my old phone and entering my new phone.  Two guys consecrated my new device before I even got a chance to do anything else to it.

The order of their calls is intriguing too. The guy upstairs was last to call my old phone, and first to call my new phone. Psychologically, he’s much closer to me, in my inner circle, while Philippe is further out.

On a different level, Philippe’s offer to help had a different significance.  When I discovered Car Car’s problem today, I was extremely distressed, because I had been dealing with Toyota dealership on another issue, and it didn’t reply for two weeks.  So the thought of approaching them with yet another problem was rather daunting.  I told Philippe the problem, and he resolved it immediately.  That must be the universe’s response to my distress.  It’s like playing badminton and someone smashed at me; then the universe saved the shot for me.

When I decoded the events above, I saw a few more higher meanings, but to stay below my word count limit, I picked only the more overt ones, as the covert ones would require more background story to appreciate their full meanings. Nonetheless, it suffices to say that our seemingly mundane daily lives are infused with much intrigue, shall we choose to look deeper and with genuine curiosity.