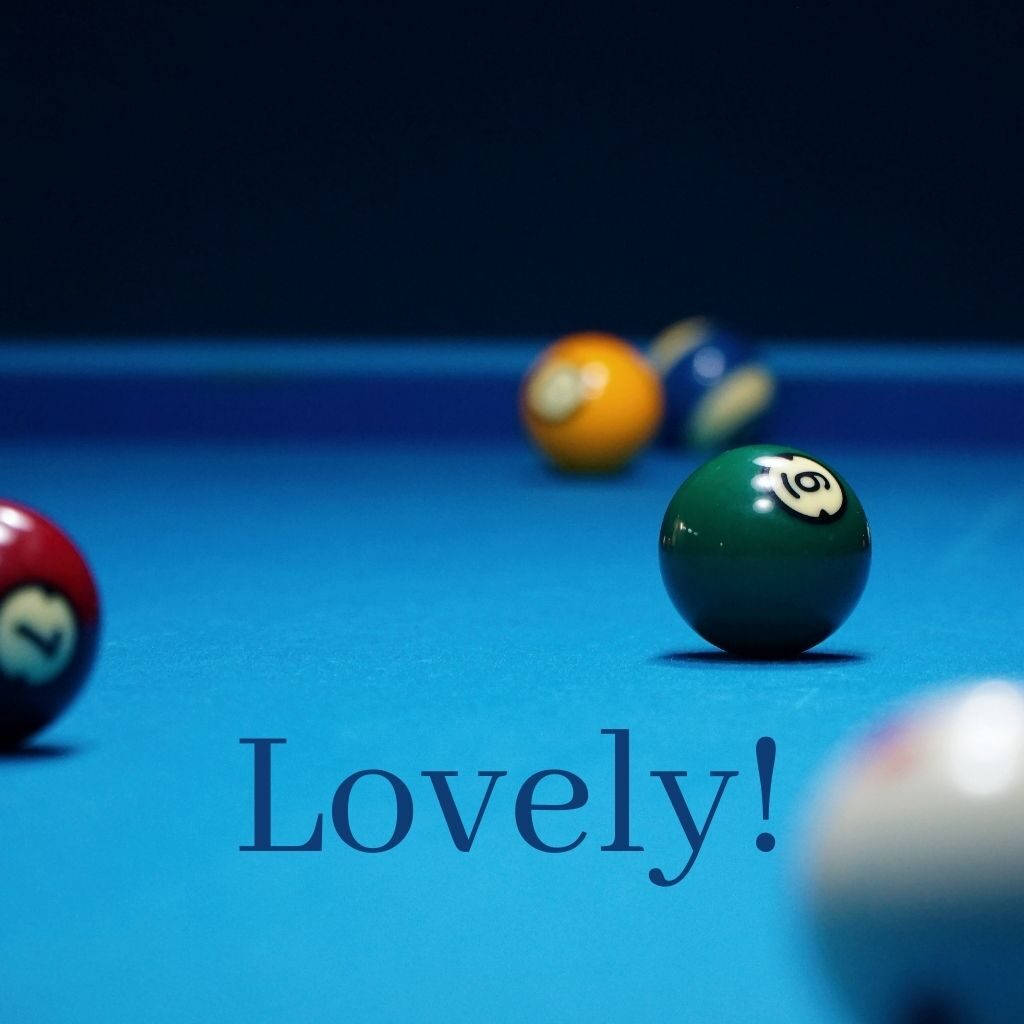 Yesterday I bumped into my neighbor Jon at the entrance of our condo recreation center.  He asked if I would like to play ping pong.  I said, “There are people playing in there right now.”

He wanted to join them, playing double.  I thought that was a good idea, although I really couldn’t see it happening.  The two people currently playing were quite competitive; they were in a different league.  He wasn’t quite convinced, still thinking that we could join them, he said, “Let’s play with them.”

I said okay.  But I deliberately walked behind him so that he entered the room first.  If he wanted to join them, he would have to do the asking, I would just follow behind.

I don’t know what my behavior was.  Shyness?  Shame?  I fear placing myself next to someone who is totally out of my league, for fear of putting myself down and shaming myself.

Interestingly, when he saw them, he didn’t say anything, and we all just exchanged a customary greeting.  Then he motioned me toward the pool table, saying, “You play, I watch.”  He sat himself down and watched them play.

So I played a game of billiards by myself.  He watched them, and interestingly, while he was watching them, I was watching him watching them.  There seemed to be some strange psychology going on there.  We were like two little mice that just entered someone’s home.  We quietly sat by a corner, and watched, with the hope of getting something out of them, but we didn’t know how or even what to get.  And I couldn’t help but felt amused by our silence, knowing what was going on in both of our heads.

I don’t know why he didn’t ask to join them, but what I felt was that the two players were closed.  They were not open to play with others.

After I finished my game of billiards, he came over and joined me.

One thing I noticed while we were playing, was that I was almost 100% grounded, not at all disturbed by the more tumultuous ping pong match happening right beside us.  Sometimes when I was positioning myself to shoot, and the ping pong ball flew toward me or over me or by my feet, or when I heard the ball bouncing toward me, I didn’t lose my concentration.  Instead, I let the ball do its thing while I do my thing.  This was a huge difference from a couple weeks ago when I was more scattered, feeling the whirlwind a lot more intensely.  I am not sure if this improvement is a result of some of the flower essences that I have been taking, or the moxibustion, or whatever else.  But I definitely felt calmer and more at ease despite being next to an energetic turbulence.

Playing with Jon this time, I was able to pick up more energetic information.  The new perspective was refreshing and fascinating.  For example, I noticed his energy fields scattering out, losing its contraction or focus, and he would hit the ball into some random direction, almost like someone throwing out her arms in despair.  Then he would look surprised that the ball didn’t go his way.  I watched this with a sense of puzzlement as well as amusement, because even before he made the shot, I already knew that he wasn’t aiming and it was not hitting anything of significance, so even before the balls rolled, I already knew what the result would be, so to me, there was no surprise.  But to see his surprise was quite a surprise to me!  He didn’t realize that he mentally phased out?

That happened a few times.

And when he was mentally collected, he could aim and he could score.  In fact, he scored pretty fast, and cleared the table quite quickly.  Again, before that actually happened, I already sensed his energy fields.  It’s like the energy fields were saying “Victory!”

Here’s the point where I did something different from before.  When I sensed that he was winning, I did not psychologically intervene.  Instead, I allowed it and cheered him on.  That’s another step toward personal growth for me—to have the positive energy to experience defeat and to watch others surpass me.

I did however sense that I almost or actually did collapse into the failure mentality.  When he was leading the game by quite a bit, I sensed a strong force, too strong for me to overcome, and I just about collapse under it.  In that split second, I accepted defeat, like saying, “Okay, you go ahead and win.  I am not going to fight it.”  A sense of relinquishment.  It was almost an automatic response, though it was something that I had been trying to overwrite for some time now.  I wanted to retrain my mind to not register the overpowering force that was bulldozing over me.  Not registering hence not reacting to it, and hence stopping the negative downward spiral.  But that hadn’t worked.  Instead, what I ended up doing was to retract the negative thought that was shooting out of my mind.  At most, that’s nullifying the sense of defeat before it actually happened.  But what I was trying to aim at, was to turn it around.  Perhaps this is a lesson about power.  If the wheel is going forward and I want it to go backward, I think I need to exert power both to negate its forward-going force as well as to instill the force to make it move backward.  Where would I get that much power?  Grounding and being present.

I had a much more nuanced perspective on the dynamics between us during yesterday’s game.  Amidst the physical execution and psychological undercurrents were our emotional expressions, which was the funnest part, as we shared our joys, exasperations, appreciation, etc.  The most memorable thing he said to me, which I didn’t hear the first time, so he repeated, a bit louder and clearer:  “Lovely!”

I like the word lovely.  Love the vibe.  Love it even more when I hear that as a compliment for me.