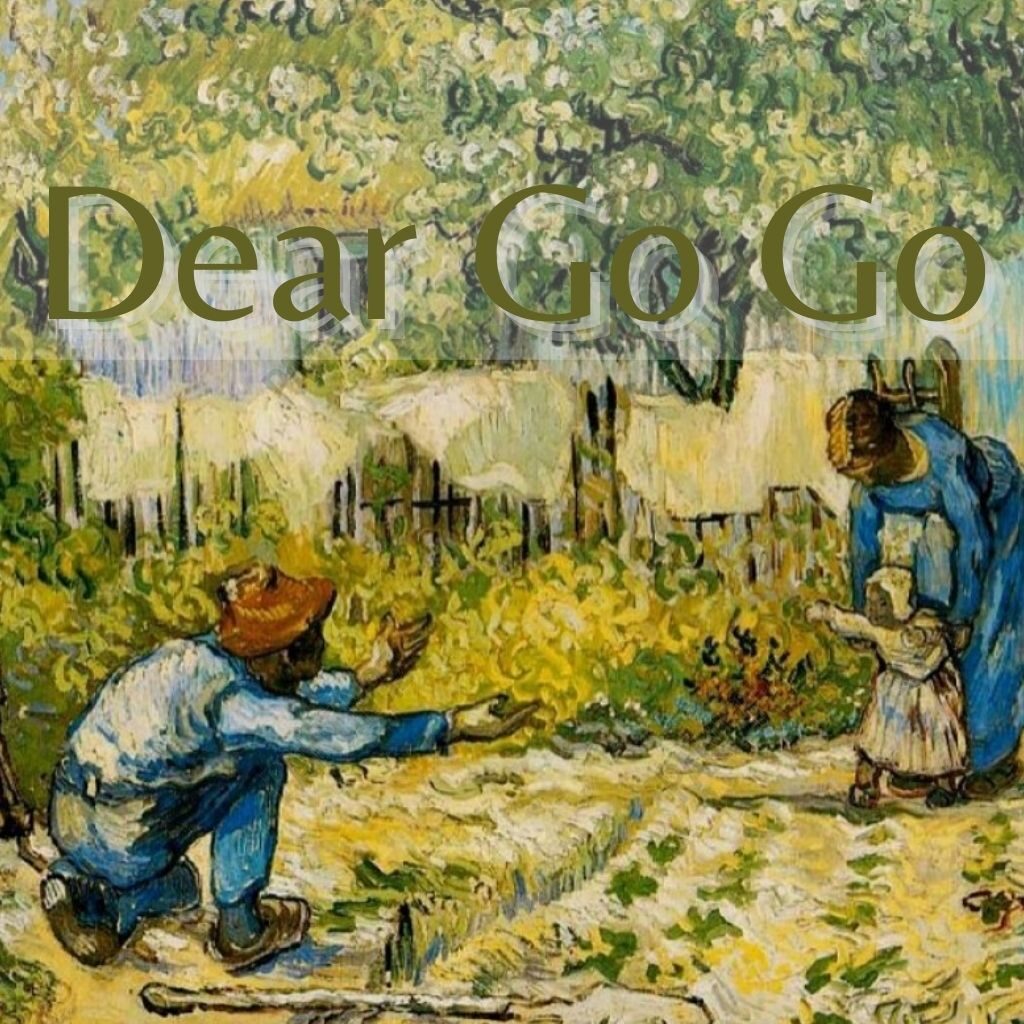 “Go Go!” I exclaimed gleefully a few days prior to the van Gogh immersive exhibition that my friend invited me to.

Her invitation over Google Talk was repeatedly spelled wrong, typing Gough instead of Gogh, that’s why in my mind, I started calling him Go Go as my pet name for him, something I do for the invisible beings like Archangel Gabriel, and when I commune with them, I just call them by their pet names.  And I had thought of possibly channeling Go Go during the exhibition, something I had done at other exhibitions with other artists.  However, as it turned out, the exhibition center was a bit too crowded, overflowing with the consciousness of the other visitors such that Go Go’s essence was subdued even though his paintings were all over the place.  His essence was on a different level, and despite it being grounded into this physical level by his paintings, I still felt that he didn’t stand very firmly on the physical level compared to those who were physically present.  And I did not have the strength to ground enough of myself to pull Go Go in from another dimension, when so many people were hovering around me; it’s like trying to pray in the middle of Shibuya Scramble Crossing where 3,000 pedestrians move at the same time.

Yesterday morning, before the exhibition, I played pool by myself at the recreation center, next to the ping pong table where two people were playing rowdily and competitively.  Billiards is a game that requires quiet concentration, to pull energy in, contracting energy fields to delicately align them at all levels to achieve the required precise physical execution.  On the other hand, ping pong could be a wildly emotional and turbulent sport where the energy fields could fly around at high speed.  So for me to play pool a few feet away from an energetic tornado, much effort was required for me to ground myself so that I could stabilize and focus.  And I deliberately played next to them to practice grounding.

Then in the evening when I went to see Go Go, I immediately had to use the grounding skill that I had practiced earlier.

In the first minute or so when I entered the immersive exhibition alone, my friends either already gone ahead of me or were still behind me, I was deeply moved by the multi-dimensional sensory effects.  I let my body move how ever it wanted to as it soaked itself in this delightful play of sight and sound from another historical period.  Instinctively, I began to shuffle on my feet, head down looking at the ground away from the other humans in the room, tuning inward to the psychological space that the music and paintings directed me to.

Emotions not just from Go Go’s paintings but also from his era.  Content and context.

Exploring the trail of emotional associations was psychologically very adventurous, as it was always unexpected, something that the mind could not predict.

But as I moved around the room, my attention began to land on the other visitors, some were more interested in taking beautiful pictures of themselves in elegant dresses with stylish poses possibly with the hope of showing themselves off on social media, than in tuning into the creative output of the production team and the artist.  My attention began to stray, further and further.  At one point, a friend came over and whispered next to my ear about the exhibition, pulling my attention away as I strained my ears to pick up his hushed words, and made intelligent replies.

Then I moved away from him, loitering around alone again, but I had already lost touch of the emotional thread that I was on, and intellectually trying to reconnect to it, but failed.  So I sat down on the floor–not because it helped to connect, but because I was so exhausted from a full day of activities–but when I was about to reconnect to the feelings, another two friends came over, and so my attention strayed again.

That’s why I travel alone!  I connect instantly to local energy when I am alone.  But last night was like going to Israel without seeing the old wall of Jerusalem, and then coming back to Canada to google the attraction site online to see its pictures on a two-by-four inch screen on the phone.

So this morning, I searched for double bass music, because the string instrument triggered certain emotions in me last night, especially when the bow was dragged slowly across the string, that deliberate slowness really scratched some deep seated emotions in me.  But I couldn’t ground myself enough to get it out.

After that I searched for some of the paintings that touched me deeply last night.  One of them was First Steps.  When I was at the installation, I was especially moved by the painting around the father’s feet, but no tears came out, maybe because I just couldn’t establish a firm and steady emotional connection.  But today, when I looked at that painting again, even though it was on a two-by-four inch screen, focusing on the father’s left foot, my emotions came through.  A lot of emotional wounds about unmet needs as a child.

Prior to the event, I did a Lenormand card reading about how the day would go with my friend, the one who would be chauffeuring me, and the reading was baffling, because it centered around a man!  But there was no man!  Of all our events yesterday, there was no significant man around us.  Then at the exhibition, the mystery was solved–Lenormand was referring to Go Go!

Although I am still quite intrigued by Go Go’s life and fame, the Lenormand cards added another layer of awe to this existing layer.  As I write this, I understand more of the Lernormand reading, and to Go Go, I wish to say, “Thank you for your First Steps. Thank you for being with me.”