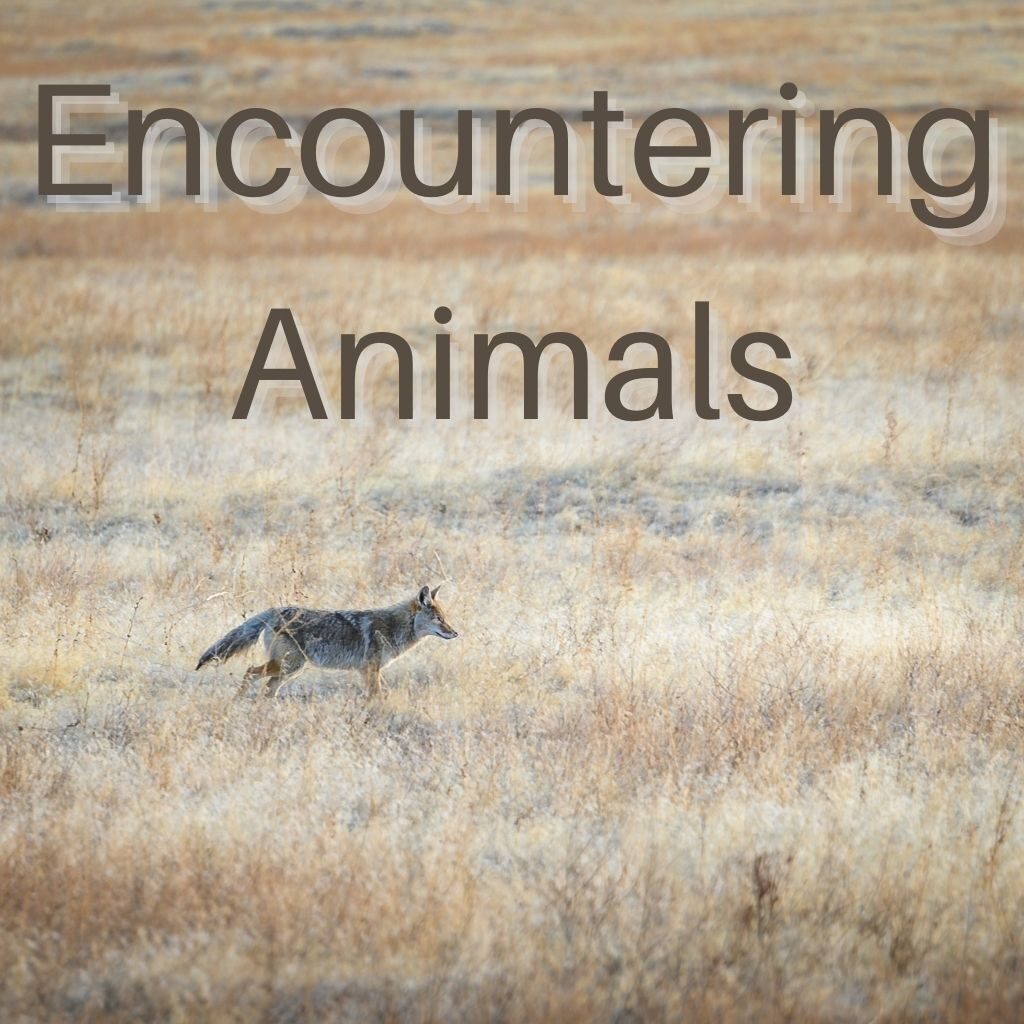 One day, I saw a woman walking in the neighborhood park with her dogs, unleashed.  The big dog attacked a small tree by biting and pulling its bark off.  I watched while the dog skinned the tree alive, all the while thinking that he would stop, but instead, he stripped all the bark off, leaving the tree “naked”, and the woman showed no interest in the wellbeing of the tree nor the viciousness of the dog.  Appalled by this scene, I decided to walk toward the dog, about 30 meters away.  As I was walking, I silently hoped that the dog would stop, because there was nothing left of the tree except the bare flesh, yet it didn’t stop.  It was still biting and pulling the flesh, and the thin tree started to bend.  I was afraid that the dog would break the tree, unnecessarily causing the loss of a life.  The walk felt like a very long time, as every step involved the witnessing of a helpless tree being fiercely attacked.

The dog became increasingly aware of my presence, though still couldn’t detach itself from its victim.  When I was about three meters away, it turned around and charged at me, barking aggressively.  I stood motionless.  I don’t attack animals.  I just let it did its crazy thing.  Seeing that I had zero response to its aggression, it became discouraged from barking and returned to its victim.

Seeing that it didn’t stop attacking its defenseless victim, I continued to walk up to it.  This is strange for me, because now that I think back on it, I see myself being 100% confident that I could protect the tree from its abnormal “predator” or victimizer, without attacking it nor yelling at it.  I was absolutely certain that my quiet presence was sufficient to ward it off.

I stood next to the dog, about three feet away.  Despite my habit in writing, I don’t use words much at a time when I most need to assert myself. Rather, I speak with my eyes. I looked down at the dog, as if saying to it, “What’s the hell is wrong with you?”

Suddenly, its neurotic aggressiveness turned into timid shyness, like the behavioral shift when you walk up to someone who’s eating.  The dog lost its appetite for the tree, and scampered off with a long strip of bark that it picked up from the ground, treating the bark like its trophy, a prize that it needed to prove its heroism.

I felt a sense of relief, though I am not sure if that’s my own emotion or the tree’s.  There is a kind of despair that we feel when we are powerless and defenseless, seeing that the bystanders coldly watch on as we suffer, showing zero interest in our wellbeing and making zero effort to come to our aid, but rather let us burn in hell while they stand unscathed next to us, utterly unmoved by our suffering.  It isn’t a simple pain.  The presence of unsympathetic witnesses has the effect of increasing the intensity of our pain.  So I don’t know whether it was the relief of the tree or mine, or perhaps, they are one and the same, as living beings on this planet all share the same life force, the same emotions towards suffering and helplessness.

On the same day, I saw a coyote in the same park.  He was following the footstep of a man kicking a soccer ball, unbeknownst to the man.  I was at the man’s two-o’clock position.  I started to walk toward the coyote.  The man thought I was walking toward him.  He looked at me several times.  I looked at him, not because I had any interest in him, rather, I was curious about the ball which he seemed to have picked up from the soccer field nearby.

He went to a different field that was fenced in on two sides.  I saw the opportunity to corner him, but he seemed to realize that he was at a dead end, so he broke into a run.  So did I.

He crossed the street, toward the parking lot of a shopping complex.  I followed.  We continued this semi-chase for a little while, then at another street, I turned away briefly because of tall spruce trees in front of me, but when my eyes returned to the last spot where I saw him, he was no longer there.  He simply evaporated!  I looked left and right, seeing only spruce trees.  Now that I think of it, I wonder if he had climbed one of the trees, because it was unlikely that he had escaped horizontally, thus the only possibility was a vertical escape.

The reason I followed him was to talk to him.  He is so intriguing!  His light jog is like horse dressage, so gracious and exquisite.  I was amazed by the lightness of his spring, like a nomad who walked the Earth without baggage.  The ease and swiftness in his gait is quite enchanting.  But then of course when he breaks into a run, it’s just like a lightweight sportscar, another marvelous spectacle!

Although it is not safe to approach coyotes, my several close encounters with them tell me that they are more afraid of me than vice versa.  I think it has to do with my vibe.  Because I am never scared when I encounter them.  Rather, I am highly interested in them.  Interest is a positive vibe.  Fear is a negative vibe.  When you emit fear, you are sending out an invitation for an attack.

I am attracted by the coyote’s spirit, a kind of energy that is very clean, powerful and high pitched, like a vibe from a higher dimension. They carry with them the sublime energy of the wilderness. And when they cross the boundary into human space, I can’t help but feel excited by their presence!