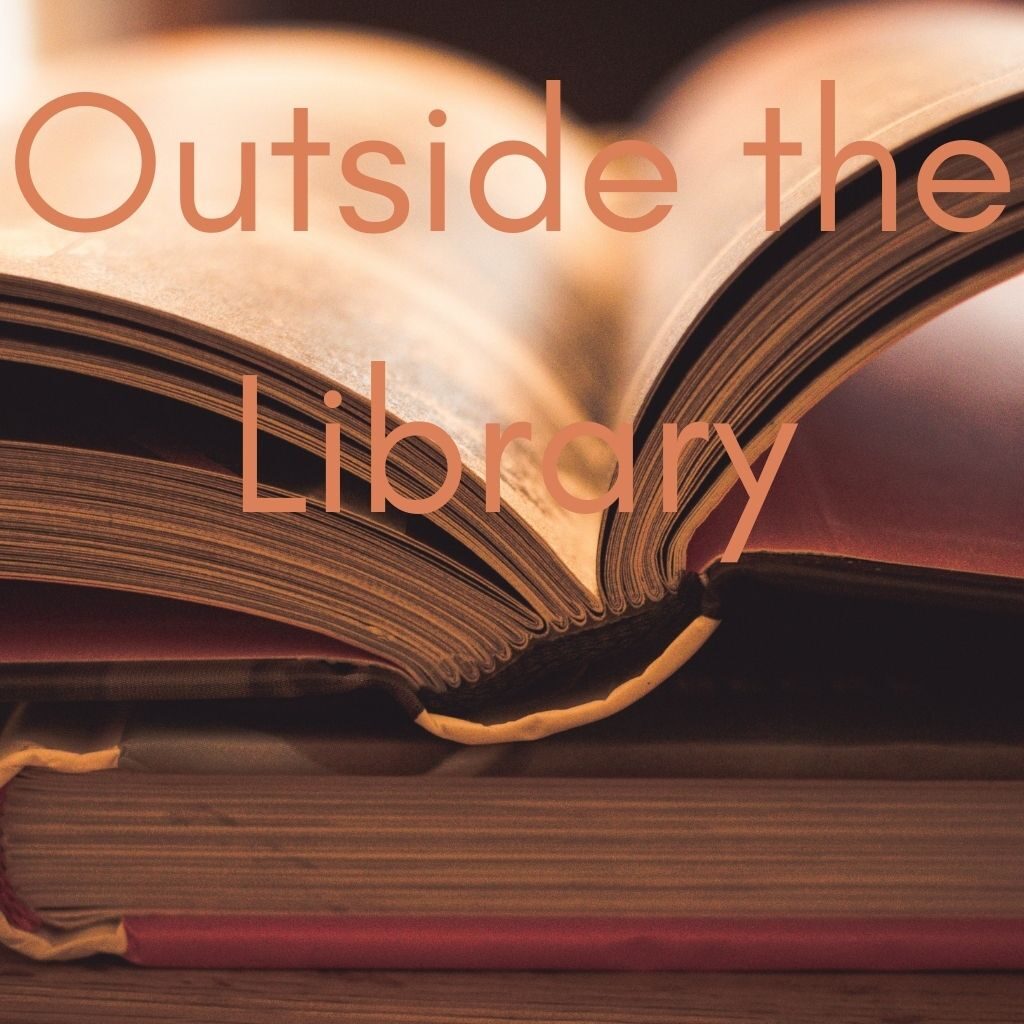 The librarian Susan who answered my call asked if there was anything else that I would like to sign out.  She suggested a few items such as DVDs, magazines, etc.  I thought, ‘How lovely that she had suggested it!’  I had wanted to borrow some magazines a few days ago, but had totally forgotten about it.  Excitedly I replied, “Why yes, I would like some magazines!”

She asked me what kind of magazines.  Thankfully she didn’t ask me the title of the magazines, because I wouldn’t have known them.  But since she asked what kind, a couple of ideas came in my head:  architectural design and animals.  But what came out of my mouth were:  art and wildlife.  Clearly, my head and my mouth don’t agree with each other.

As I waited outside the library, a customer was talking to a librarian about her missing library card and missing library material.  First the librarian couldn’t find the customer’s record in the system, next the customer couldn’t find the overdue library material in her house.  As I was eavesdropping the two going back and forth, seemingly not getting anywhere, I almost wanted to intercept, because the customer appeared to be quite reluctant to say more, yet she just stood there, as if not offering much information would actually help to move things along, so after a while, I couldn’t stand it anymore and leaned in next to the customer to look at the library card that she was holding, because she tried to read out the card number in such a lifeless voice that the librarian didn’t catch the entire string of 14 digits.  But as I leaned in, she dodged a bit and immediately hide her library card, so I stepped back.  The librarian went back into the building to do more searching, at which point she turned toward me and started talking.

In the middle of our conversation, Susan came out with the novel I requested plus four art magazines, and said, “I am going to make a recommendation to our management because I had just noticed that we actually don’t have any magazines on wildlife.”

It was then that I understood why she took so long to bring out the library materials.  I didn’t mind that the library didn’t have magazines on wildlife, I simply wanted to read something visual for a change.  I could have told her that the magazine I had in mind was National Geographic, but at the time, I couldn’t come up with the name, and when she said there was no wildlife magazine, what flashed through my mind was, “So what kind of magazine is National Geographic?”  But I couldn’t verbalize that question, instead, I thanked her and told her that I was happy with the selection of magazines she had picked for me.

Afterward I turned back to the customer and wanted to continue our conversation, but it was soon interrupted by the other librarian, so I waited while they finished talking, and then we talked a little bit more, though I couldn’t return to the point of the conversation where we got cut off.  The flow was gone.

On my way home, I was relishing the unexpected turn of events.  It was oddly fascinating, despite its deceptively ordinary appearance.  The awe was how things came to me when I least expected it.  Of the many times I picked up my requested books, never did any librarian ever suggest or mention grabbing any magazine for me.  But the other day, in a very brief moment I had wished that I could borrow some magazines, and my wish had materialized today, so suddenly and easily, but the surprise didn’t end there. In addition to having my wish materialized, the residual effect of my wish was the potential that the library might have a new magazine on wildlife! I was so thrilled that I could not stop applauding on the turn of events. It’s like playing billiard–you hit the white ball, but what the white ball hits, you may not have full control over though you have full intention over, and the result is almost like an accident. The way the balls move on the billiard table is the way the events operate in the universe. You drop a pin in the universe, then you turn around and surprise yourself with the effects of the drop. I cannot stop marveling at our wonderful universe!

On top of that, the customer I spoke to was also quite unusual and my interaction with her stirred something in me.  To put it succinctly, it wasn’t what she said that surprised me. Rather, it was what she didn’t say.  So I walked away bemused by what’s in the air.

She was oddly reluctant to give out the information that the librarian requested.  From what I gathered, she had at least three library accounts, but in her hands were two library cards that did not have the signed out material, so when the librarian asked for the numbers of the two cards, she was reluctant to give, yet she didn’t or maybe couldn’t make her situation clear enough to the librarian, though she was adamant she didn’t owe any books.  When I tried to help her, she showed a reluctance to be approached, almost as if she was allergic to humans.  But when I talked to her, she was fairly open in telling me about her family, her life, etc.  The stark contrast intrigued me.

Now that I think of it, I should have asked her if she needed help first instead of acting presumptuous.  But at the time, I didn’t know how else to butt in while they went back and forth in a way that was almost too excruciatingly painful to watch. That’s me not minding my own business. But that’s also how an otherwise uninteresting event became interesting.