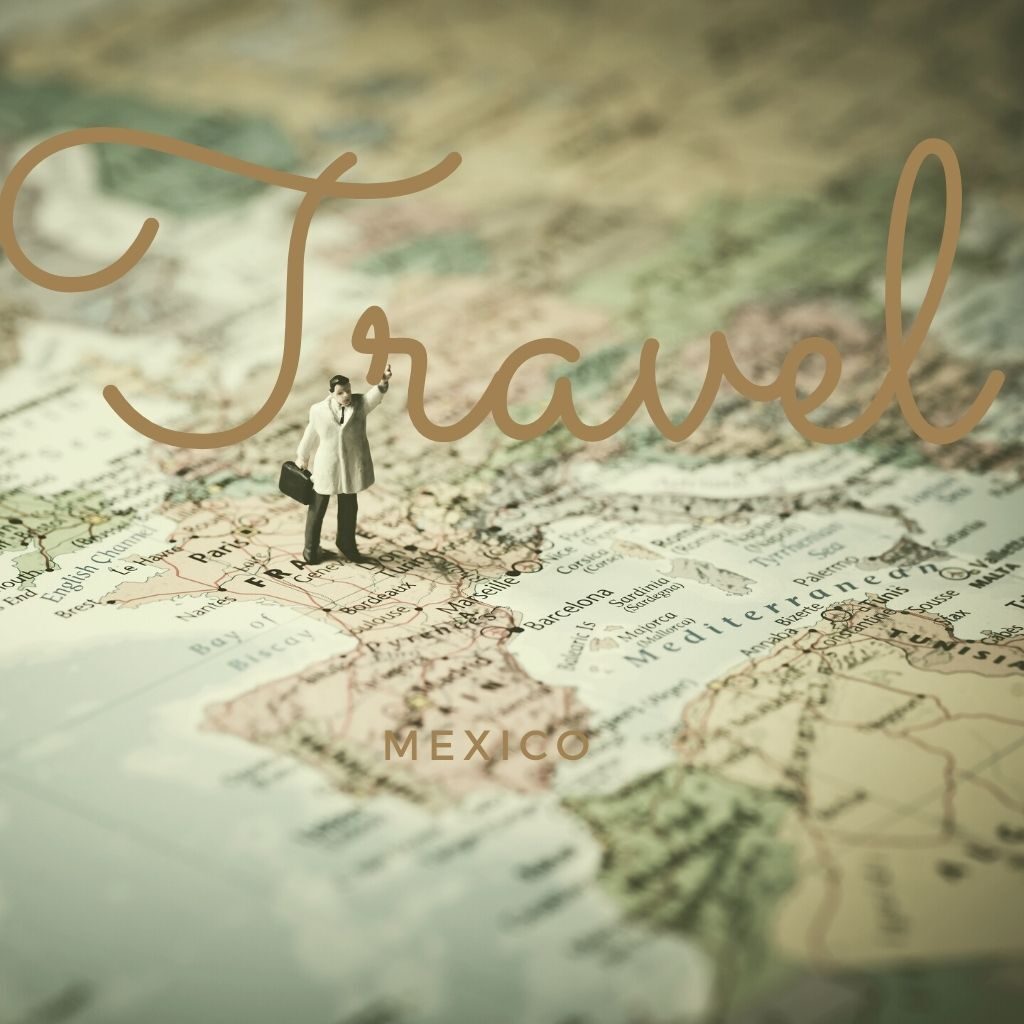 At the end of 2016, I went to Mexico.  It is not a country that I would eagerly go to, because the safest way to travel is to stay at the beach resorts, an experience that lacks the authenticity of culture.  However, at that time, I was in need of some pampering and unwinding, thus I chose a destination with a beach.  More specifically, a hotel that was next to a beach, so that I could laze around on the sand or in the hotel facing the sand like I did in Hurghada, an Egyptian seaside town.

While booking my trip, I was enchanted by a hotel designed by the Mexican architect Miguel Angel Aragonés in San José del Cabo. Thus I decided to vacation in that city, staying in that hotel.  Knowing nothing about the city, I came to learn about it through the mouth of the driver who waited for me at the airport.  He had worked in the hospitality industry for decades in different cities, but now found this city to be the best.

My hotel room faced the ocean.  The spacious balcony had a big day bed, and could also be a night bed too if the evening wind wasn’t too strong.  The room had a surround sound system, so I could close the balcony door, turn on the air-conditioning, and listen to music while lazing in the king-sized bed with my teddy bear.  That was the most comforting experience I had in a hotel.

In the evening, while I went for a stroll, the hotel staff would come in to light an incense stick to fragrance the room.  The scent of sandalwood was a warm and soothing way to welcome me back to my temporary sanctuary at the end of the day.

After I did all the touristy things including visiting the neighbouring city of Cabo San Lucas in the following few days, I thought I needed something different.  I wasn’t thinking of extreme sports or an excursion, but something lazy though unusual.

A couple days later, I sat in his house eating dinner.  That was my first taste of the life of a local.  But this local was not the same local you would imagine in Mexico, because this was an expatriate.  So it wasn’t quite the authentic cultural experience I had in mind, but for me this was a safe angle to steal a peek at life in this country.  Otherwise it would be difficult for me to randomly approach a local Mexican and expect him to treat me like his friend, bypassing the general expectation of some locals that a foreigner was a cash cow that they could creatively exploit, although Mexicans also have a warm and friendly side.

But being in the home of an expatriate, I didn’t have this worry.  Nor did I have to deal with linguistic or cultural barriers. Instead, I got to see the lives of other expatriates as well as diplomats and other rich people who did not represent the general population.

A couple days later, I thought, “Hmm … It’s New Years Eve.  I want a memorable celebration.”  I wasn’t sure what, maybe fireworks by the beach, preferably right in front of my hotel balcony.

But the surprise came, on the eve of new years, when again I was sitting on the beach watching sunset.  The Irishman came and chatted with me.  Then in the middle of our chat, his phone rang.  I let his call interrupt our conversation.  While talking on the phone, he suddenly turned to me and asked, “Would you like to go for a dinner?”  I said sure.  Then he returned to his phone to accept a dinner invitation for the two of us for that evening.

After the call, we agreed on the time for him to pick me up at my hotel.  But first, he had to finish his jog and go home to shower and change.

An hour or two later, we reconvened and went to his friend’s house in another wealthy neighbourhood, another eye-opening experience for me as my only image of Mexico was that of a poor country.  At the dinner table, all the guests except me were retired expatriates, from Australia, the USA, the UK, Canada, Ireland, etc.  There, I learned more about the lives of this group of people who were both an insider and an outsider, which was a fascinating angle, because at that angle, life wasn’t about poverty, but choices, leisure, and adjustments in a country with no social order. That cultural angle was much easier for me to appreciate, although it could feel clinical, several times removed from the lives of ordinary folks, like looking at the life of a microorganism through a microscope. But I found the experience refreshing.

Although most people travel to experience novelty, by seeing new sights, tasting new foods, trying new things, etc., I approach novelty from a different angle.  I cannot be satisfied by the five senses.  My higher senses must be tickled. And they were. In fact, this trip superseded my expectation, all only because I only wished, but did not make any effort to materialize my wish.

The superseding factor was that I entered a space that featured a different way of life, a different type of human existence, a different worldview, basically an entirely different world, though ironically in one of the poorest countries in the world. From that vantage point, I saw that my life was very limiting. Though I was not limited by poverty, I was limited by a similar consciousness, call it a lack mentality if you like.

In Mexico, I temporarily exited my limited existence and entered an exhilarating world of the elite and privilege.  In hindsight, as I compared my experience with those of my friends, I believed I had the best experience in the best part of Mexico, without making too much effort. It has been my repeated experiences that when I try too hard, things fall out of place, but when I don’t try, things fall into place.

That night, I returned to my hotel before midnight, right in time to watch the fireworks on the beach right from the comfort of my balcony.  Everything was effortlessly perfect! A luxurious celebration to the end of a trip and a year!