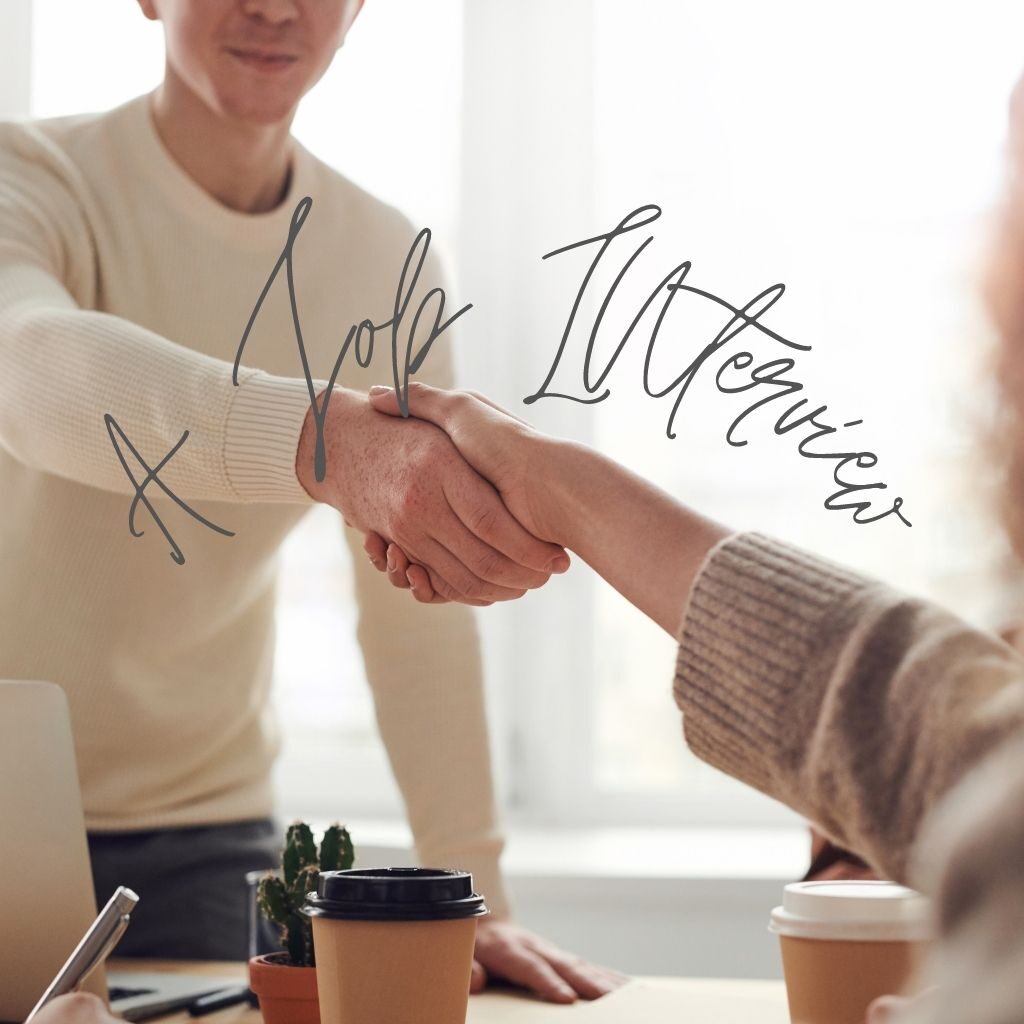 Once, I attended a job interview that my headhunter arranged for me.  There were two interviewers; one of them was the hiring manager, and the other was her counterpart.

To start the interview, the hiring manager read from a script that was about one third of a page long that she had typed up.  The script was an overview of the organization. I had never seen an interviewer who introduced the company in a scripted way.

This interviewer had been with the organization for many years, so I assumed she knew about her employer.  She started reading, but not in a smooth way.  Rather, she was holding her breath as she read, and paused very often, then took extra big breaths, like those professional swimmers in a competition.  I had trouble keeping my eyeballs from popping out.  In turn, I had to hold my breath to restrain myself.

I looked at her counterpart who appeared quite relaxed, as if everything was fine.  I didn’t know what to make of this, so I stayed quiet and politely watched the hiring manager’s stress and tension.  It was like someone asked you how’s your husband, and you took out a piece of paper and started reading, very clumsily:  “He’s tall.  He’s handsome.  He’s got blue eyes and blond hair …”  If I heard that, I would have wondered if there was even a marriage.

After she was done with the introduction, we moved on to the questions that they had prepared.  For the most part, it was very methodical and monotonous, and I needed a breakthrough.  Then on the question about mentorship, I became more emotionally engaged because I had been nominated for the Best Mentorship Award twice, so I had very personal experience about it.  As my answer became more passionate, the other interviewer loosened up and joined in, and I felt that an emotional connection had been made, though my target–the hiring manager–was aloof.

Toward the end, I was given the opportunity to ask questions, and one of the questions I asked the hiring manager was, “What’s your management style?”

First, she appeared mortified.  And I was surprised by her facial expression.  But honestly, I didn’t see anything wrong with my question.  She looked as if I was about to usurp her position of authority, and she wanted to declare war against me.  On the other hand, her counterpart appeared completely at peace.  Again, I didn’t know what to make of this situation, but I clearly sensed a lot of restrained emotions emitting from her.  For a brief moment I thought there was going to be an eruption.  But never in my interviewing history did I ever experienced an eruption, so I felt semi-confident that I wouldn’t have one there.  So I simply looked at her, puzzled but waiting.

It took her surprisingly long to compose an answer.  If someone were to ask me, I would have said that my style was laissez-faire, if you know what you’re doing; but if you need guidance, you also need to tell me which part you want guidance on.

When she finally shifted her postures a couple times, swiveled her chair a couple times, adjusted her facial expressions a couple times, she answered slowly, like someone regurgitating the words from a textbook.  I realized she was being political instead of personal.  But what I wanted was to know how she operated, not what her textbook said.

She seemed satisfied with her answer.  But I was not.

The interview concluded, and I was to phone the headhunter to debrief.  But I didn’t talk to the headhunter immediately, because I didn’t know how to articulate what had happened.  More precisely, I couldn’t express it in a way that’s acceptable in the corporate world.  However, I could express it in the normal world:  I don’t want her as my boss.

So for a day, I went over the interview in my head many times, trying different answers.  But a debrief is not an opinion or a straightforward answer, it’s a discussion.  My challenge was, I could not put the interviewers, the headhunter’s client, in a negative light.  And I don’t like lying.

What’s also difficult was that I liked the location, the company, the building.  Pretty much everything about the job was great except the hiring manager, and the direct reports–above and below this position.  From the way they described it, it almost sounded as if the direct reports were retarded and needed excessive mentoring.  Hence one of the reasons they needed someone for this position–to relieve stress.  But by my rough estimate, if the hiring manager could breathe a bit more naturally, they most likely wouldn’t need this position.

Interpersonal communication is hard, but corporate communication is also hard because it’s political.  You must clean up your language, and I couldn’t figure out exactly how and how much.  Most of the managers I have seen tended to talk in a roundabout way, kind of saying it but kind of not saying it.  Some talk in egotistical way.  Some talk in textbook way.  Many different styles, but none that I like.

If I were given another chance to debrief with the headhunter, I would say, “There was too much tension.”  And I would let her decide how much she wanted to drill into it.  If she asked me to elaborate, I would talk about the breath-holding, which made me uneasy.  And then I would sashay into the other scene about the potential eruption, saying that also made me uneasy.