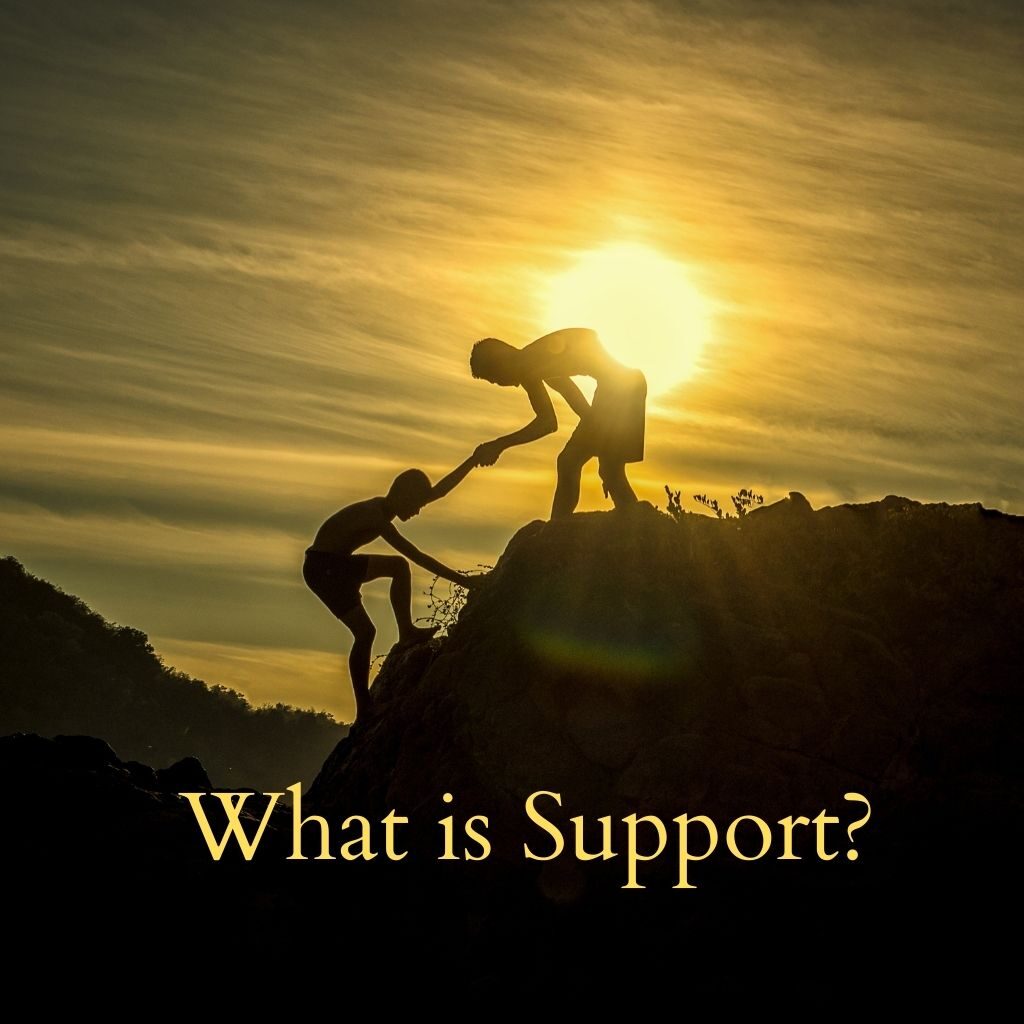 One day, a question popped into my head, so I asked, “Is your idea of support more like an approval?”

Our conversation about pursuing his goal went on for many days.  Each time we talked, I didn’t feel we were connecting very well, but I didn’t try to push the conversation to gain clarity.  Instead, I backed off, trying to give us space.  Often, I left the conversation with a lot of question marks in my head.  Dissatisfied and confused, but at the same time telling myself, ‘Just let it be.’

The reason that question appeared in my mind was because I had been noticing for a long time that he seemed to lack support in his life, yet he said he had support, that his family was supportive of him.  I was puzzled, but sad too, because it’s like someone’s starving but says he’s full and satisfied.  That’s a complete denial of one’s own needs.  But I didn’t want to argue with him, because my goal was not to invalidate him, and I didn’t have the ability to clarify a delicate point without possibly confusing or shocking him.  Linguistically, I am a clumsy communicator on fine points.  Psychologically, I am conflicted, unsure whether to assert my point or to back off.  That is a reflection of not knowing where I stand in his life, and not knowing where he wants me to stand, thus not knowing if I am allowed to barge into his life, or how much I am I allowed to do so.  I am afraid if I go too far into his life, he will be upset at me.  That’s why our conversation tends to linger for days, without being connected and understood.

I myself have struggled for a long time to learn to acquire the feeling of being supported, so I immediately recognize it when I see someone who is deprived of support.  Some people actually think approval is support.  At best, approval means blessing.  But is that the same as support?  In my mind, I feel a distinct difference, particularly in the context of psychological needs.

That’s why I asked him that question, and his reply shocked me: “I have the freedom to do what I want.”

That sounded like having the approval of an oppressor who could or had previously denied him of his freedom.

We have been using the same word to talk about two entirely different feelings and meanings!  I tried to give him a definition of what support meant or felt like.  I was tempted to take a snapshot of the dictionary definition and show that to him.  Instead, I used my own definition, emphasizing the part about holding up someone, which he mistook to mean holding back.

Alas!  Shall I start a book called A Million Ways to Miscommunication?  I start to wonder, is there more than one definition of support?  Do people mean different things when they talk about support?  Or does that depend on the context?

The way I see it, to support me means to buoy me up, to keep me afloat, when I am about to sink, psychologically speaking.  When there’s something that I cannot handle, I need support, because I don’t have the strength or means to deal with it alone.  I need help.  And sometimes when some people or some situation suck all the life force out of me, instead of collapsing, I want to be able to go to someone for support, to hold me up.  So to support me also means to give me strength. Sometimes it can just be a listening ear.

I had fear and guilt of receiving support.  As a coping mechanism against my fear and guilt, I learned not to accept support, not to ask for it, and even went as far as to deny myself of it.  So I recognized my old self in him—not acknowledging his need for support, not asking for it, and not getting it.  Trying to achieve his goal, feeling the weight and enormity of his pursuit, and facing all that alone.  Such loneliness and helplessness!

Individual success depends in part on the support, encouragement, contribution, guidance, and assistance of a larger community or network.  Knowing when to ask for help is important.  More importantly, knowing that there is no shame in acknowledging that we need help.

I used to feel that everyone’s problem was my responsibility, and I took on their problems.  Over the years, I had learned to reverse that, and to learn to ask for support for my own problems.  Along the way, I had also learned to adjust my belief–receiving support does not mean shirking one’s responsibilities, so it is perfectly healthy to do so.  Asking for help does not mean that I am dumping my responsibilities or problems onto someone else.  I still own the project, and the risks and rewards attached to it.  I still make the final decisions, and own the responsibilities that come with them.  But in the process of reaching my goal, I am requesting the resources I need, and I turn those resources into my final product.

From time to time, I see people with the same problem that I used to have.  I wish one day they will come around to ask for and accept the support they need.

Giving and receiving support is a way to share our lives.  It is in sharing that we experience joy, love, warmth, purpose, meaning, and fulfillment.