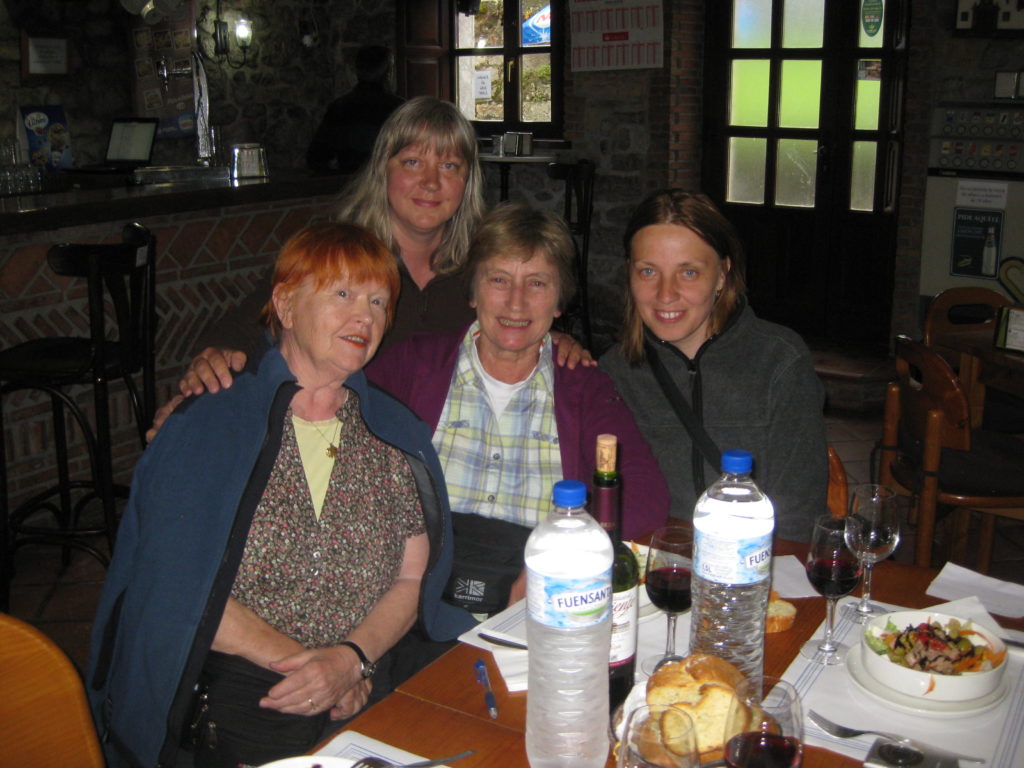 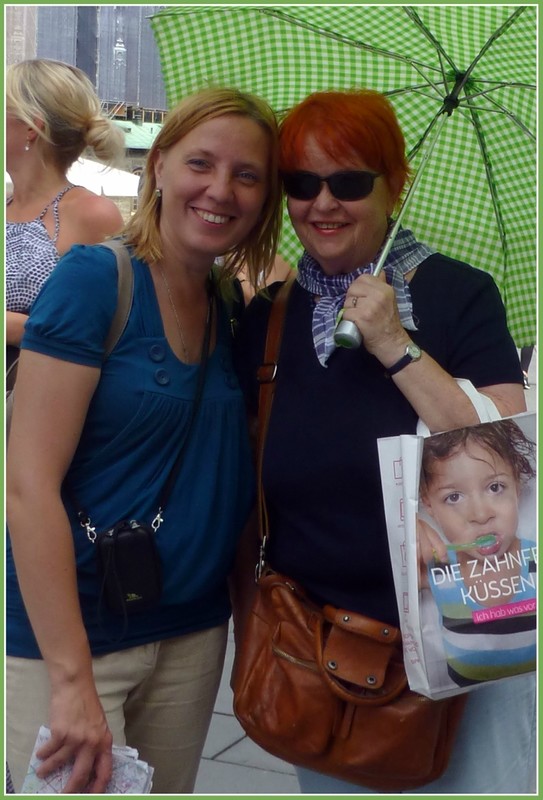 “Austria is amazingly beautiful country! And we have not been to the mountainous parts of it. The trip was limited to Styria and Vienna.

In Austria every step of the castles…

But the main wealth of Austria is people. Wonderful, kind, hardworking, very cheerful and very musical.

And the best of the Austrians to us, of course, Traudl, thanks to her  took place on this trip! If you knew what a fairy she was! Thank you, dear!!! May God grant you health, luck and fulfillment of wishes!

And where you can meet such great people as Traudl? Of course, on the Camino ))) There they go in the a crowd of people  (droves)    ))).

There we met with Karin. And a huge thank you to her that during their brief stay in Austria, she found the time to meet with us!

But sitting still wasn’t done. Lives in Vienna one infinitely dear to us – Tanya Gurin gmarta . And thank you, Tanya, for the meeting and gifts!

Waste-to-energy plant project of Hundertwasser saw a glimpse, passing by in the subway.

By 12 o’clock, we rushed to the famous Ankeruhr clock. We could not find them and upset that it was late because it was already the first hour. But it turned out that the clock is well behind! Finding them, we still waited for 10-15 minutes, when the passage of the shapes.)))

Then we looked in the oldest Church Ruprecht

And in the Greek Church

And to the “dear Augustine”

We went to dinner in “Figlmueller”, where the reviews online was a endless wieners schnitzel and democratic prices.

I asked the waiter for ice water. He replied that alas… no. Then I tried to joke and asked for some ice without  water. The waiter laughed. But 10 minutes later he brought me a glass of ice without water” ))). Phew, what a joy it was, considering that on the street the day was muggy and hot.

After dinner we walked to the Cathedral of St. Stephen, on Stephanplatz and the district.

Then we bought a family combo-ticket “Treasury of the Hofburg + KNM”, but two museums on this day did not happen because of the intolerable stuffiness in the Treasury. With tenderness and nostalgia were reminded of our well air-conditioned and well-lit Museum space. There is almost total absence of light and air. By the way, Traudl was interested that Austria seemed to us better or worse than us. Well, “best” in Austria are endless ))), but a distinct disadvantage in Austria, we noticed bad transport links between settlements and very bad air conditioning.. In all museums it was hot and stuffy.

The day ended with a meeting with Tanya, who, as it turned out, lived just a 10 minute walk from our place.

2nd day. It was in the Kreuzensteins castle and Klosterneuburg. Where we met Karin. with Karin. About this day will be a separate post. And, most likely, two posts. )

3rd day. Early morning we moved from Vienna to Mürzzuschlag. Scenic area Simmeringly railway, included in the UNESCO list, among other things.

We located in the house of Traudl, surveyed the area, settled down in the car and went to the lake Grüner See and spent the day. About the lake there will be a separate post.

The 4th day was held in the Abbey of Admont. About it will a separate post. On the way back wanted to get to the castle Strihou, but not the first time I got onto the right road and came straight after its closure. We looked at the locked gate, had a little picnic but went home.

5-th day. The pilgrimage to Mariazell.